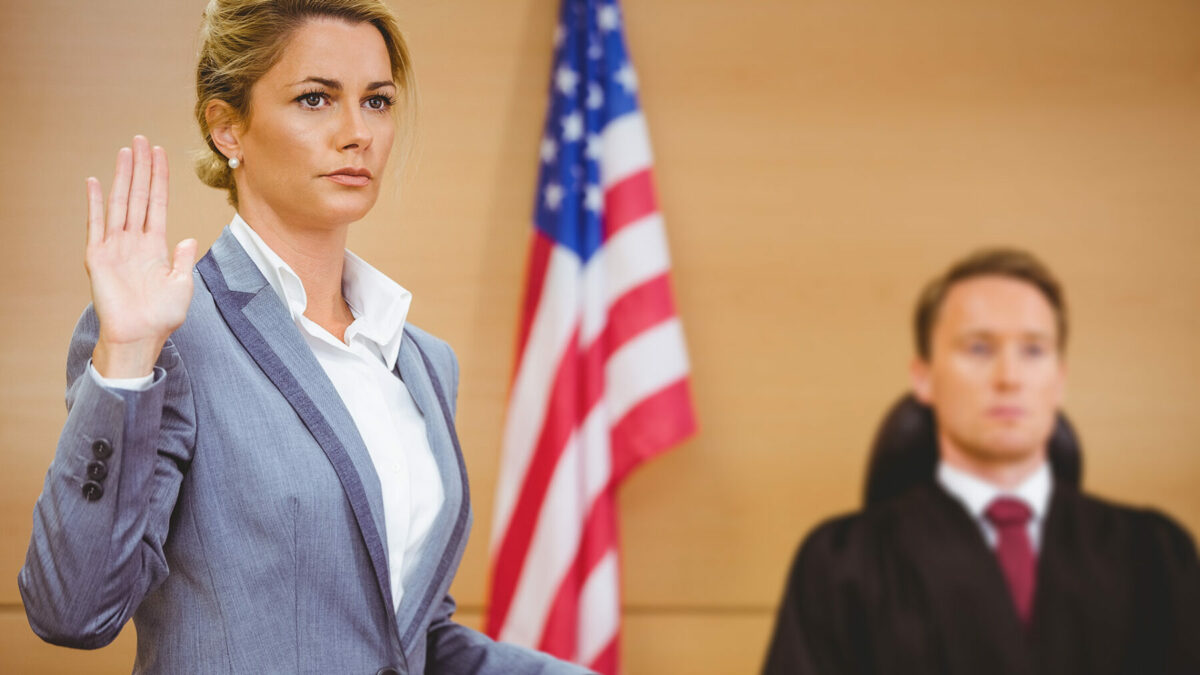 Do I have to Raise My Right Hand?

Many clients and potential clients want to know if they have to go to court. And if they do, what happens when they get there and raise their right hand and take the stand.

Of course, in criminal cases, court typically involves a jury trial, which many defendants have a basic understanding of. Most defendants also understand that if a plea bargain is reached, they typically don’t have a jury trial and don’t need to testify in a meaningful way other than pleading guilty and accepting the plea bargain.

This is vastly oversimplified. Criminal defendants might be asked to testify in a number of other court hearings if they choose to do so after collaborating with their attorney; in an open plea where guilt is admitted and sentencing is put before the judge, in an examining trial perhaps, in a bond modification hearing, and so on.

But, broadly speaking, defendants understand or quickly learn that they have the right to a jury trial, that the prosecution must prove their case beyond a reasonable doubt, that they don’t have to testify but can choose to do so.  Defendants watch TV shows recreating criminal jury trials, and this engrains in them a shallow understanding of what court proceedings entail in criminal cases.

In family law cases, including custody disputes (suits affecting the parent-child relationship), termination and adoption cases, enforcement cases (where a party claims the other party is violating a court order), and the various other types of family disputes, clients often wonder: do I even have to go to court, and what can I expect if I have to testify?

This post focuses on a few general rules of thumb regarding court hearings in family law cases. And because most people’s perception of court centers on how criminal trials work, I’ll compare and contrast family law court proceedings with criminal proceedings.

There are Many Types of Hearings that Occur Before Trial

Maybe the biggest learning curve for family law clients is the real possibility that they will have to go to court and testify at a court proceeding often occurring months before trial is even scheduled. We broadly call these preliminary court proceedings “hearings.” In criminal cases it is relatively uncommon to have court hearings before a trial. In family law, it’s the norm.

A “hearing” is a general term for a court proceeding in the courtroom and in front of the judge that involves witnesses testifying and evidence being admitted (exhibits). In family law cases hearings can be limited in time; some judges give each side 30 minutes to present witnesses and evidence, which is very little time.

There are too many types of family law hearings to mention, but typically a family law client will have a hearing or two before a trial. And a trial most often doesn’t occur because the case settles, as explained below. So, if you polled people that went through family law cases and had a hearing of some sort, most would say they had just one or two hearings and never had a trial at all.

The most common type of hearing in custody cases (suits affecting the parent-child relationship, suits to modify custody orders, divorces, etc.) is called a temporary orders hearing. A temporary orders hearing often occurs where one of the parties wants temporary relief (like child support or visitation terms regarding the children or temporary use of property during a divorce) and doesn’t want to wait till settlement or trial, which can take many months.

Family Law Trials, Like Criminal Trials, Occur in Just 10% or less of Cases

Trial is a relatively loose term. It broadly refers to the court hearing that decides how the case resolves, how it ends (at least until an appeal/new trial…and I’m not going into that in this post).  There are jury trials and bench trials; a jury trial being before, you guessed it, a jury, and a bench trial being before just one person—the judge.

Jury trials are a right of defendants in criminal cases (with very limited exception). A jury trial is not necessarily a right in a family law case, and not every issue in a case is decided by a jury; sometimes a jury decides issue X and Y and the judge decides Z.

It is ultimately up to the client to settle or not and weigh the costs and benefits of settlement versus trial. This is where attorneys may be at their most helpful: in helping you run that all important cost-benefit analysis, so you can decide if trial is in your best interest or not.

Will I have to Testify? And How Can I be Better Prepared?

Will you have to testify? The simple answer: in family law cases, yes, if you are called as a witness, and in criminal cases, no, unless you want to.

Because you have the right not to incriminate yourself and because the prosecution must prove its case and not vice versa, in a criminal case you don’t have to testify. Sometimes an attorney and defendant will decide it’s best for a defendant to testify, but only after a serious discussion of the pros and cons of doing so.

In family law cases, you will almost surely be called to the stand to testify if there is a hearing. And you can’t refuse to answer a question (absent limited exceptions). Testifying in court is one of the biggest fears of family law clients. It’s no secret why.

Court hearings are open to the public and are recorded by a court reporter, a lie under oath is a crime (perjury); hearings involve sensitive subject matter such as sexual affairs, drugs, alcohol, abuse, neglect and so on. Oh! And let’s not forget that your spouse/baby-daddy or baby-momma may dislike or even hate you because…well because you are not together for a reason.

I provide nervous clients a handout on some rules of thumb, some of which are: listening to the question asked, understanding it before you answer, answering just the question asked, taking your time, resisting the temptation to argue, not guessing, and not boxing yourself in with never/always if you can help it.

You might be surprised at how often people are forced to testify and air their dirty laundry in the open forum of a courtroom, not just at a trial, but at hearing weeks and months before trial is scheduled. Your attorney can help you avoid this awkward position by settling your case on terms that are in your best interest. But that isn’t always possible or desirable. A court hearing or trial, before a judge or jury, might be the best way to protect your rights and achieve your ends.